Aerospace and space systems are both experiencing a recent and rapid shift towards distributed models where several autonomous aircrafts/spacecrafts jointly achieve a common goal. This growing interest is motivated by multiple advantages these systems bring over the usage of a traditional monolithic aircraft/spacecraft system from the reduction of launch and operational cost (smaller and lighter devices), increased resilience (the functional purpose of the system is guaranteed even if a set of devices fail), to the increased capacity to cover larger areas and possibility to embed different payloads (e.g., sensors, actuators).

These Distributed Aerospace and Space Systems (DASS) open numerous new perspectives ranging from search and rescue missions with fleets of unmanned autonomous vehicles (UAV) to asteroid observation with a constellation of probes. In turn allowing to achieve new fundamental science goals that simply would have not been deemed feasible with monolithic systems.

is it possible to automatically generate efficient and reusable behaviors for distributed aerospace and space systems ?

A promising way to manage these distributed systems is by utilising swarm intelligence. Swarming is an emergent collective intelligence behaviour, where simple entities self-organise based on local rules, to achieve a mutual objective. However designing fully distributed and autonomous systems remains a challenging open problem since the global systems' performance is hardly predictable based on individual behaviours, their mutual interactions and the interactions with the environment. 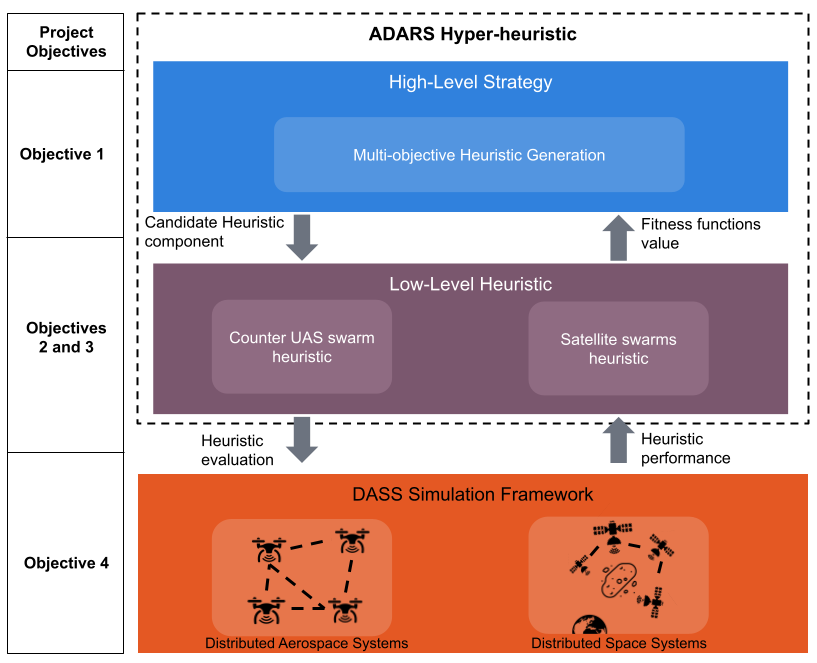 Methodically, the ADARS project will provide a unique approach to automate the design of heuristics optimising challenging optimisation problems in DASS using a learning to optimise approach, and more precisely multi-objective generative hyper-heuristics. 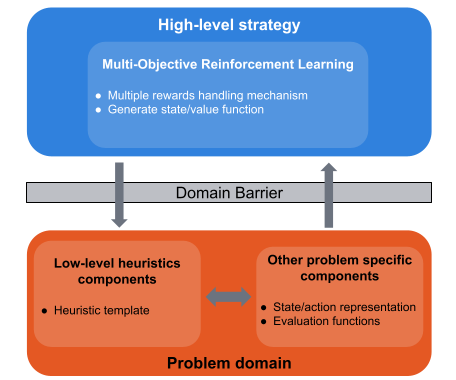